Two thumbs up for our Ebuzzers! Students at English Buzz from Pre-Primary to Grade 6 levels have successfuly showcased their English skills and their raw natural talents in front of an audience, parents and friends last Saturday, 23rd of April 2016, by singing and dancing to Hollywood and Disney movies soundtracks such as Frozen’s hit song ‘Let It Go and Do you want to Build a Snowman?’, performed by our Grade 2 and 3 Ebuzzers.
From the title itselt, this event ‘It’s Showtime!’ gave the opportunity for students to show everyone how they have progressed in their vocabulary and  speaking skills in English  by interpreting other songs such as Madagascar’s ‘I Like To Move It’, performed by our cute Pre-Primary-TK pupils, ‘Accidentally In Love’- from the movie Shrek- sang and danced by our Grade 6 and ‘A Whole New World’ based from  Disney’s 1992 film Alladin performed by the whole group at the end of the show.
English Buzz, the only language school in Bali which uses holistic method of teaching, organizes events and performances to show their language development in an exciting and interesting way, music, role play, competition relevant in real-life situation. Truly, It was worth watching!
Like our show? Let your child join our next performance in December. Join English Buzz now! 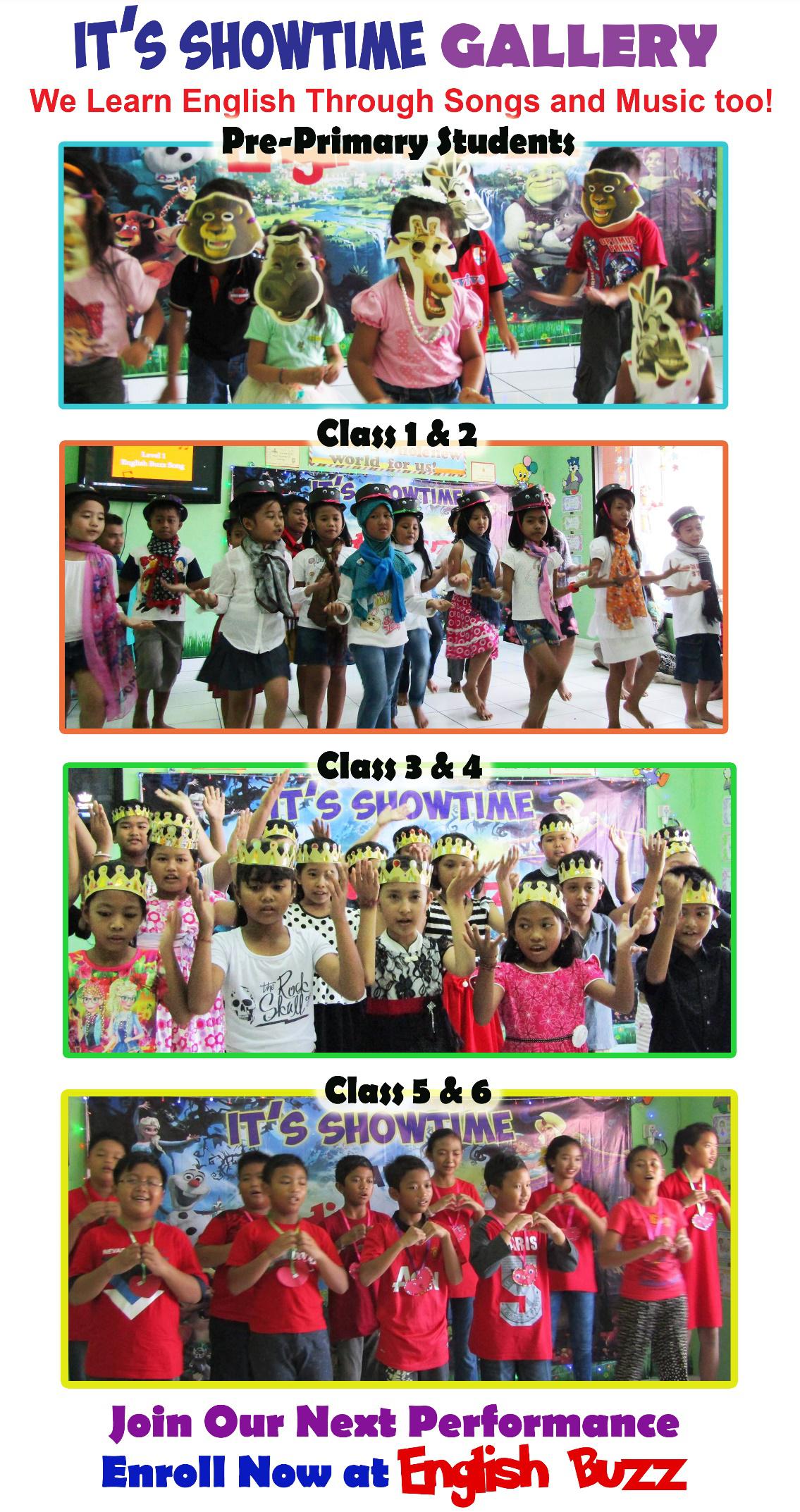